Watch our video and see the photo album of our Cubs and Scouts day visit to Ypres and the Menin Gate as part of the commemorations the 100 years since the commencement of the 1st World War.

Cubs and Scouts visited several key landmarks in the region

The famous war poem by Lieu John McCrea. He was a surgeon who died of pneumonia during the 2nd Battle of Ypres and is buried at Wimereux

Relaxing before changing into uniform

The sites of Ypres

54,389 soldiers who perished at Ypres have no known grave which is why their names are inscribed on the Menin Gate

It is an overwhelming sight

The Menin Gate at night

Josh had the honour of carrying the Scout flag

The Cubs and Scouts were impeccably behaved throughout 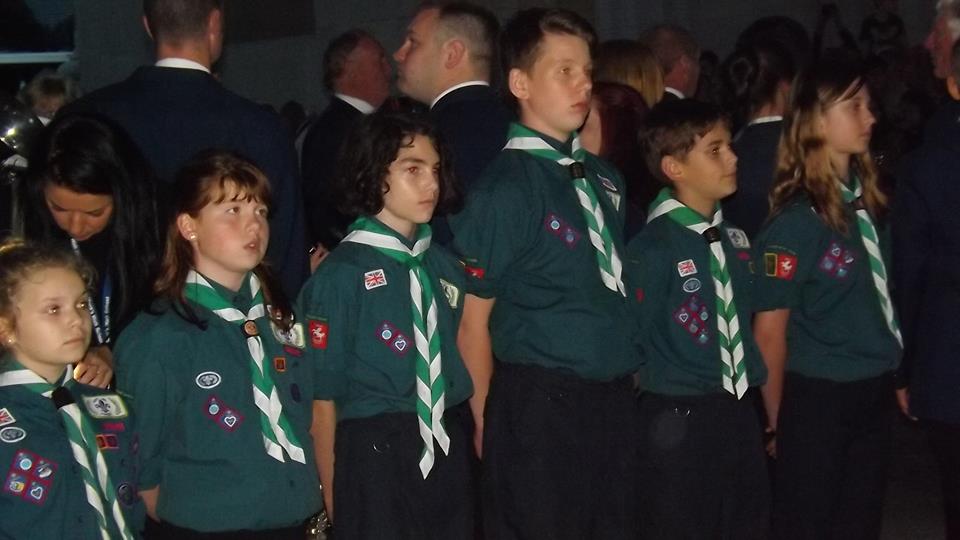 A few of our explorers went to The Roaches in the Peak District for a weekend rock climbing. They stayed over night at a campsite in...

Read article
Accessibility | Sitemap | Privacy | Terms and conditions
Powered by Conceptulise CMS
The views expressed in this website are not necessarily those of the Scout Association.